My last posting on THIS address... 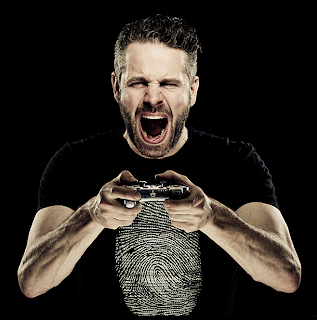 Hello there my loyal readers!

This will be my last posting on THIS url...

From today on, all my postings will be placed at my blog on www.brandnewgame.nl

It will feature RSS feeds soon (not yet) so then you can actually subscribe to my postings and of course you can respond more easily (it's been build in Wordpress).

So if you wish to stay informed about gaming, gamification, advergames, gamevertising, social media, mobile, digital branding and more stuff like that - go to www.brandnewgame.nl.

PS - the new website will integrate all the content I produce: my books, blog postings, YouTube uploads, talks during events, Slideshare presentations, Twitter feeds and projects I have done for organizations and brands.
Posted by Unknown at 3:08 AM No comments:

This game looks really promising: a 3D puzzle-adventure game by PlayStation. This video shows you some 'behind the scene' footage about sound design! The music is beautiful! Be sure to check out the other parts on YouTube as well to find out more about 'technology' and the story behind the game!
Posted by Unknown at 10:00 AM No comments:

Handicapped son says he wants to do the triathlon...

Don't watch this if you can't let your tears roll openly ;-) It's a FANTASTIC story about willpower. A father undertakes the adventure with his son to do the triathlon. A really amazing story to start the week with! I know it's not game-related on first look, but in the end it's about purpose, meaning and challenges, and in that sense very much related to game-design... and definitely an epic experience!
Posted by Unknown at 8:31 AM No comments:

Facebook's days are OVER!

Of course Facebook's days aren't over...yet... but I do think they should watch out that they don't become a victim of their own success. An often made mistake is that brands extend their activities and innovations so widely that they estrange from their core values and core business, like Google does with Google+.
A quick example: Google is a search engine. A free providers of useful tools (gmail, Google alerts, analytics, maps, etc. - all data driven design). However Google is NOT a social platform, although it is trying to become one. They still haven't managed to do so.
Microsoft is an OS and software company. Not a social network or webbrowser builder. Does anyone remember Bing...? I don't ... mission impossible...
Facebook is a social network, a global community as I would rather call it. There are a lot of things that Facebook could do with their connections: create better understanding amongst people worldwide, becoming a global incubator, becoming a think-tank to tackle world problems, connecting countries and overcoming hunger... up to now Facebook has been interested in just a few things: adding data, making consumers more dependent on Facebook (my whole life is on it these days) and making money through advertising. But what if ...

- A new social network will emerge shortly that is easier in use and goes back to the essence why we embraced Facebook (no ads, or hardly any, just a tool to share your thoughts, experiences and photo's and follow your friends life virtually). Remember Instagram? They bought it... killing competition is sometimes more effective than fighting them.
- Apple moves into social...?
- YouTube moves into social...?
- Steam moves into social...?
- Zynga leaves Facebook...?
- Brands find out that using social media is not really all that effective as all the bullshit digital guru's (like myself) tell you...?

Zynga is responsible for about 17% of Facebook revenue. There are rumors that they will start their own social network (platform) providing free and paid casual games. Gaming takes 20% of consumers digital time these days, just like 'social networking'... and gaming is predicted to grow-and-grow-and-grow...

So... how long will consumers stay loyal to Facebook? I think just as long as they don't feel robbed and advertising doesn't take the fun out of the community... Still, I am not buying any shares...

Created by: MBAOnline.com
Posted by Unknown at 8:55 AM No comments:

Friday Fun - New IKEA Uppleva Is A SNAP To Assemble! - CONAN on TBS

A reported about the new IKEA TV that will be available in Europe end of this year... now see how you can assemble it!
Posted by Unknown at 11:04 AM No comments: 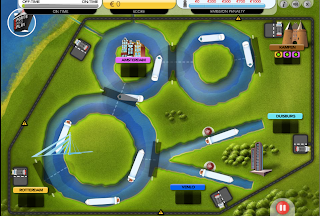 After writing the Dutch version of ‘A Brand New Playground (Laat met je merk spelen) in 2009 I was fortunate enough to get involved in some pretty cool and prestigious serious game projects and I never left the scene ever-since.

Projects I was involved in (together with IJsfontein - I was merely just a consultant) involved challenges like change management, internal branding (ABN Amro) and giving companies insight in the logistic consequences of both air- and waterfreight (Air Cargo Netherlands / Schiphol Airport and Port of Amsterdam). Now, three years later I found that the hardest part is not just translating the essence of the problem into a cool and effective game concept, but to get all parties involved, determine the Decision Making Unit within the organization and actually ‘getting the job done’!
One of the recent projects I have done involve an organization of 2.500 people and I started this project about a year ago. Their challenge is to teach all their employees the potential consequences of their actions and behavior induced by the recently released ‘code of conduct’. In banking terms this is called ‘compliance’. We’ve proposed multiple concepts to the Decision Making Unit that exists of 8 different people from 5 different departments (Finance, Communication, Legal, Human Resources, Risk & Control Management) and after 7 months we still haven’t started production. Why? Mostly fear and too many people involved I guess. A serious game has so many aspects that on one hand you want to involve enough people to get the right information and the right clearance.
On the other hand, you don’t want to make them feel that they can actually determine what’s going to be leading in the gameplay. This is a sensitive and challenging task for the ‘producer’ of the game.
The key learnings in this project were the following:
To give you an insight in the concepts we have proposed, it varied from playing the ‘mean manager’ giving you the opportunity to use every trick in the book to become the biggest and best company of the country serving you scenario’s and dilemma’s in which you have to choose between the ‘easy way’ that would make more profit for the company and becoming filthy rich, and ‘the hard’ way that involved more tenderness (devil versus angel). In this way we wanted to challenge employees to explore multiple roads towards the same goal and let them experience how this would effect their sense of ‘righteousness’ and ‘fairness’ scoring points for ‘revenue’ and ‘reputation’ (integrity). Unfortuntely this proposal was canned out of fear. Another idea was to build a ‘TV show’ with all sorts of dilemma’s and questions to focus more on ‘knowledge’. A fairly one-dimensional concept, comparable to the current e-learning stuff that we hate. ;-)
Eventually we’ve created a quiz-kind-of-game where your goal is to become a ‘Zuperhero’ setting the right example for the company and co-workers. It will be a mix of knowledge based questions and dilemma-based scenario’s with specific mechanics. It should be cool!
I expect this game to go live in September this year and then it has been 18 months since we pitched the idea to our client, but believe me: I will be very happy let you know what we’ve done by then!
Concluding I can say from my experience that running serious gaming projects is mostly about managing expectations, involving experts from within the company, making them feel important enough to share their expertise as well as keeping them distant enough by showing yours... ;-)
Posted by Unknown at 8:22 AM 1 comment:

Visiting Silicon Valley in May & LA in June!

To all my followers on this blog:

I will be in Silicon Valley from May 26th until June 2nd if you want to meet up.

After that I will be in L.A. (Los Angeles) for the E3 and meetings from June 3rd until June 5th. 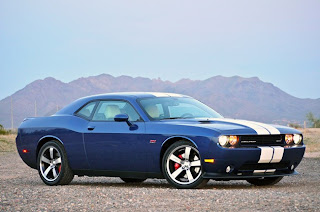 Then (if I am still alive after 7 days of gaming shizzle) - I will drive my (rented) Dodge Challenger to Vegas with my best friend Lorence - so join me then if you want to get drunk ;-)

Let me know!
Posted by Unknown at 3:16 PM No comments:

Although I am not a great fan of IKEA - I think they just invented a BRILLIANT proposition for households world wide... well done! As long as the sound is good and I can hook up all my apple shizzle and PlayStation 3 ... I'm sold!
Posted by Unknown at 10:29 AM No comments:

The Essence of Playing a Game

In my new book - I will be writing about how games are used in a business context, like playing at work for training purposes. The funny thing is that people in a work-environment are not used (and likely) to change. It's remarkable that in games actually - we tend to try to reach the same objective in different ways even if it means losing a few lives (die trying). So in games we are very 'open to change' and eager to learn.

A friend of mine is graduating at the University of Utrecht on a thesis about the effectiveness of games as a tool for internal communication and her opening quote is striking, because it defines exactly why I think using games in business environments is so effective. The words have been said by Henry Ford and goes as follows:

Failure is simply the opportunity to begin again, this time more intelligently.

I am going to read the thesis now and I promise you will soon see a post here including the summary of the effects of games as an internal communications tool. 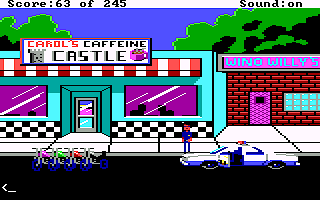 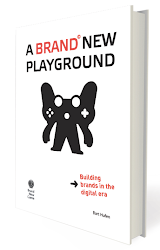 Did you know you can download my book 'A Brand New Playground' for FREE? No? It's true! Download it from www.brandnewplayground.com and let me know what you think!